Difference between revisions of "Metanet Protocol" 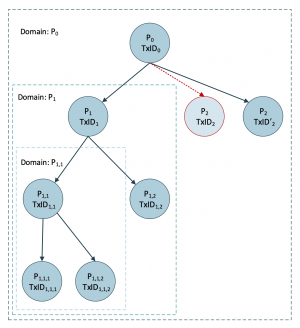 There are tools available to write and read Metanet graphs, and a growing range of projects that use the Metanet protocol to structure their application data.

The fact that this signature is in a transaction input means that the signature itself may be validated by Miners. This means that attempts to spoof a Metanet node can be mitigated either by validating the signature explicitly or by confirming that the node is spending an appropriate previous output.

These additional rules allow domain-like structures to emerge as Metanet DAGs, which can be used to structure websites and file systems which inherit the permission structure of a Metanet graph.